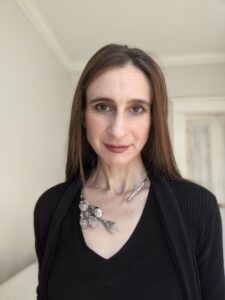 Cynthia Rudin is a Professor of computer science, electrical and computer engineering, statistical science, mathematics, and biostatistics & bioinformatics at Duke University. She directs the Interpretable Machine Learning Lab, whose goal is to design predictive models with reasoning processes that are understandable to humans. Her lab applies machine learning in many areas, such as healthcare, criminal justice, and energy reliability. She holds an undergraduate degree from the University at Buffalo, and a PhD from Princeton University. She is the recipient of the 2022 Squirrel AI Award for Artificial Intelligence for the Benefit of Humanity from the Association for the Advancement of Artificial Intelligence (the “Nobel Prize of AI”). She is a Fellow of the American Statistical Association, the Institute of Mathematical Statistics, and the Association for the Advancement of Artificial Intelligence.  She has given keynote/invited talks at several conferences including KDD (twice), AISTATS, CODE, Machine Learning in Healthcare (MLHC), Fairness, Accountability and Transparency in Machine Learning (FAT-ML), ECML-PKDD, and the Nobel Conference.  Her work has also been featured in news outlets including the NY Times, Washington Post, Wall Street Journal, and the Boston Globe. 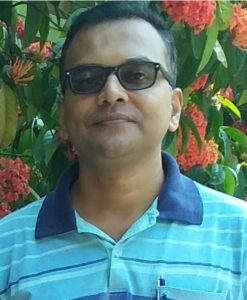 Sutanu Chakraborti is a Professor at the Department of Computer Science and Engineering at Indian Institute of Technology (IIT), Madras, India. His research interests are broadly in computational models of language and memory. Over the last few years, he has been looking into novel ways of drawing inspiration from select aspects of human cognition, and how such insights can potentially lead to systems that are more cognitively appealing. He obtained his PhD from the School of Computing, the Robert Gordon University, Aberdeen, Scotland. Prior to joining IIT Madras as a faculty member, he was associated for around seven years as a scientist at Tata Research Development and Design Centre, Pune, India, where he was the Project Leader of the Case-Based Reasoning Research team for several years. 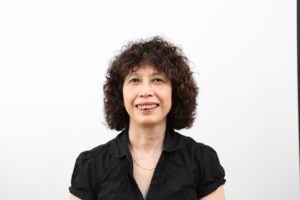 Xiaohong Gao received her PhD (1994) in Computer Science from Loughborough University, UK.  In 1999, after several post-doc positions (e.g., at Imperial College and University of Cambridge), she became a lecturer at the Department of Computer Science in Middlesex University, London; becoming a Reader (in 2006) and a Full Professor (in 2013). From 1995-1997, she worked on the analysis of retinal images at the then Department of Clinical Pharmacology and Therapeutics at Imperial College London (UK).  From 1998-1999, she was a computer scientist at the Wolfson Brain Imaging Centre in Cambridge University, Cambridge (UK).  She has received funding from the EPSRC, the Royal Society, JISC, British Council and European Commission.  She has edited 3 books and published extensively on medical image analysis and medical informatics.  Her team came 1st (out of 23 teams) in the Tuberculosis Classification Competition organised by ImageCLEF in 2017 and 3rd on the Cancer Detection Task at EAD-2020.  At present, she is working on Explainable AI and Medicine projects funded by CRUK and the Royal Society, respectively.  Her invited talk she will report on her applications of CBR technique to the early diagnosis of oesophageal squamous cell cancer (SCC) from endoscopic videos and classification of COVID-19 from x-ray images.